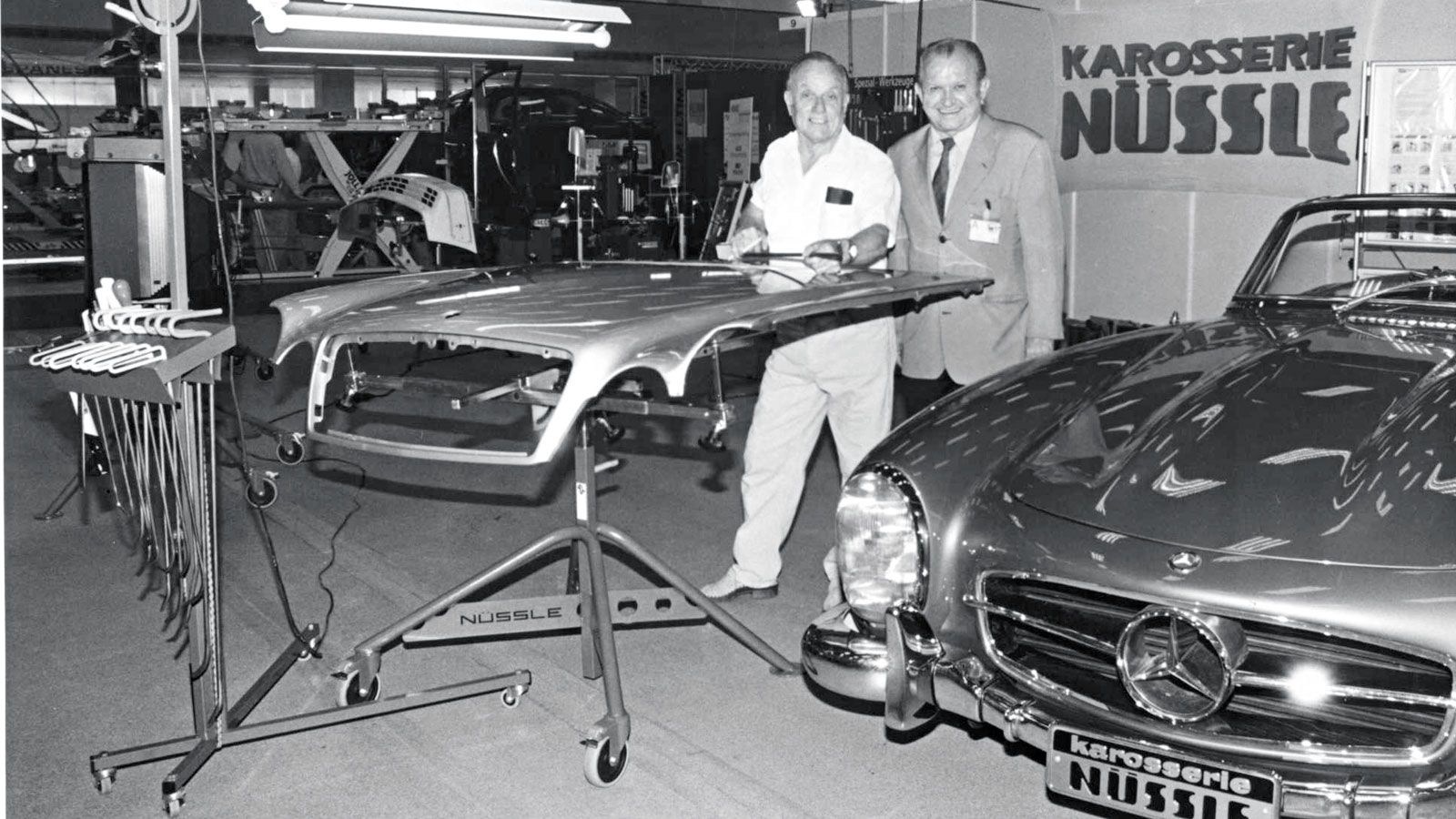 What is Paintless Dent Repair? Otherwise known as paintless dent repair. PDR is the process of removing dents,dings, creases and hail damage from vehicles without the inconvenience and expense of traditional panel shop repair methods, aka the body shop. The start of PDR started in early B.C.E with the molding of gold, copper and tin. It debuted in the modern world in 1931 by Frank T Sargent.

20 years later Oskar Flaig debuted PDR at a popular car show in NYC, the “International Motor Sports Show” which is today called SEMA. The evolution of PDR has expanded to the hundred of thousands technicians we know today. Frank started at BMW and Oskar  at Mercedes Benz. There is not much information on Frank other than he was from Germany and had his own repair facility. Oskar was presented with a job opportunity working on the showroom cars, maintaining that show room sparkle. His main profession at Mercedes was a paintworker.  At these car shows the cars would become damaged, and dented. To save himself time with the filler and bondo, he started using a hammer tail to massage the dents out of the panels. While continuing this method he realized that he did not need to paint or fill at all. This saved Oskar much time and he was able to perfect it and use it as his saving grace. The car show ended and Oskar went back home to Germany with his skill he had been practicing and showed and taught his fellow co workers. Management was so impressed they gave him a promotion. His new name was “ the golden tinsmith”. 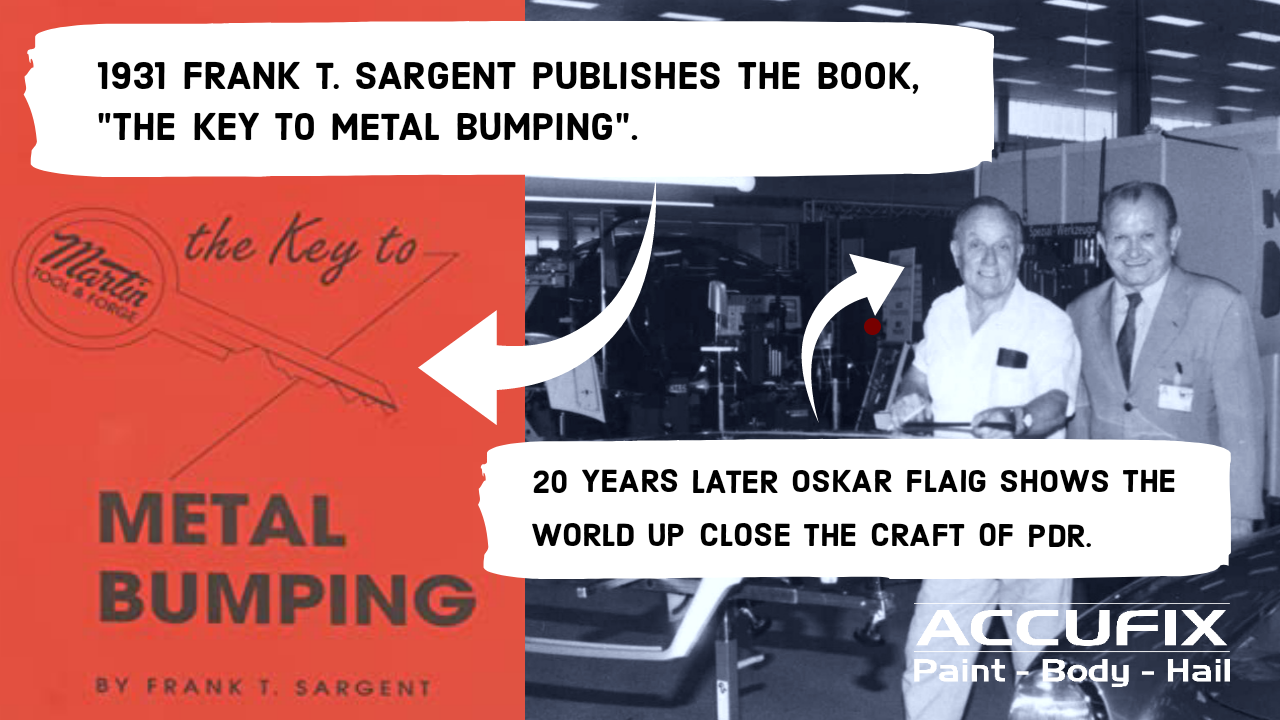 Paintless Dent repair (PDR) was in Germany and eastern Europe for nearly 20 years before it made itself to Minneapolis,Minnesota. Researchers believe between 1979 and 1983 with a man named Jurgen Holzer from Germany. There is not much information about him other than he started to work with the first brick and mortar pdr company Dent Kraft. Holzer made pdr mainstream in Minnesota and eventually it became popular across the U.S increasing in growth state-wide and Bi-coastal. This being said pdr has grown from using a hammers end, to customizable metal rods, picks, door jambs and tabs. The technique has evolved and changed over the years helping PDR be worldwide. 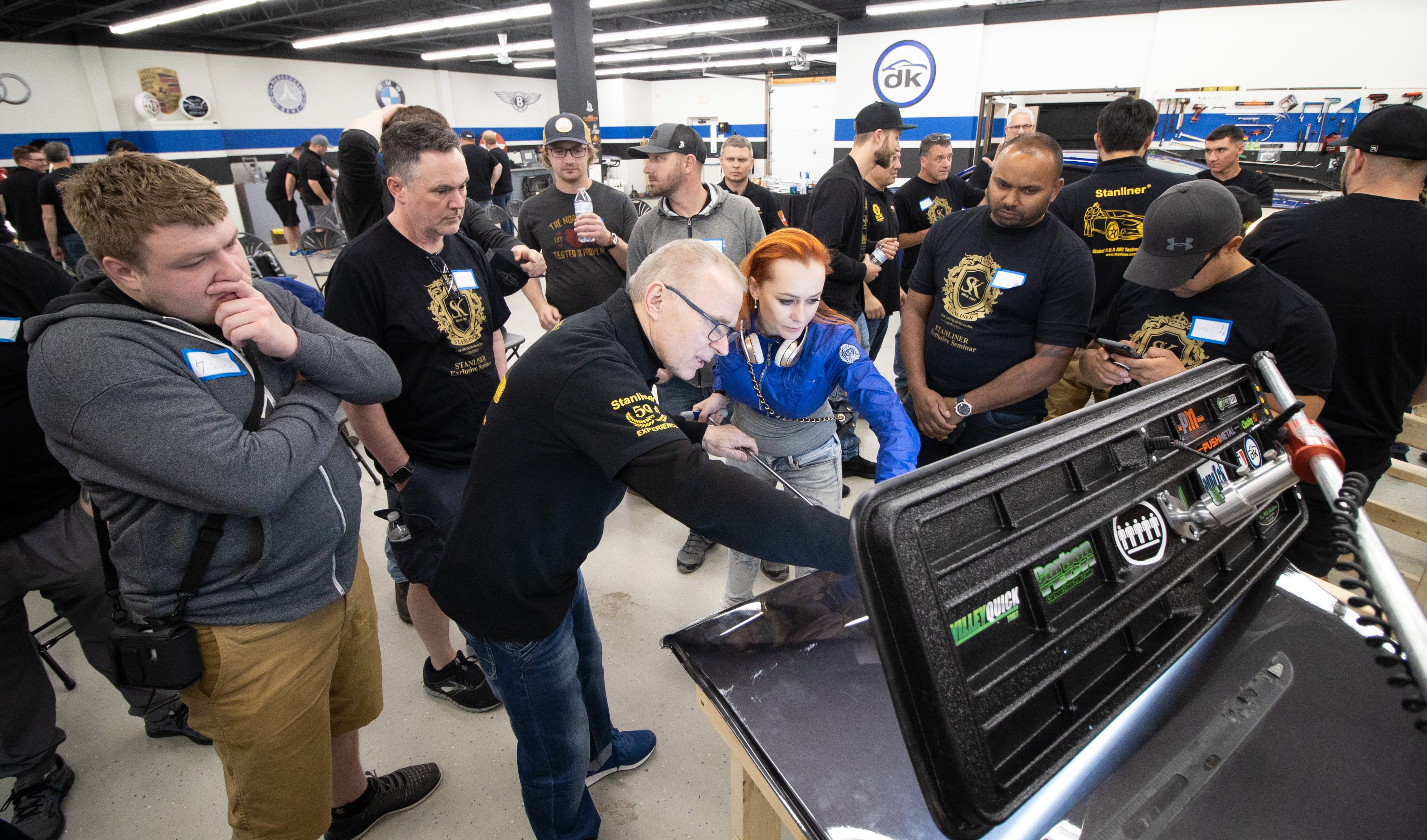 When PDR first started there were skeptics on what was actually being done in this unconventional repair technique. There were many questions in the beginning on how the effective PDR was and the process. PDR technicians used to be very secretive about what they were doing and there are reports on technicians using a sheet or tent like frame to hide from the eye, the process in an attempt to keep their skill personal and unrivalled. This secretive skill was a turn off for people, because if you can't explain to a person what is happening they are likely to be skeptical. Over the years this was recognized and technicians started sharing how they handled certain repairs and started demonstrating to the local auto repair facilities giving public displays of their work. This started pdr training , from people wanting to know how to replicate the repair. This is the biggest hindrance in pdr. Everyone sees it and can't believe the outcome and thinks to themselves, “ I can do that”. The work is amazing but the quality and time that goes into pdr is something for the willed. With training being more sought after, pdr spread over the states and the world. There is always skill to grow on and learn in the pdr industry. 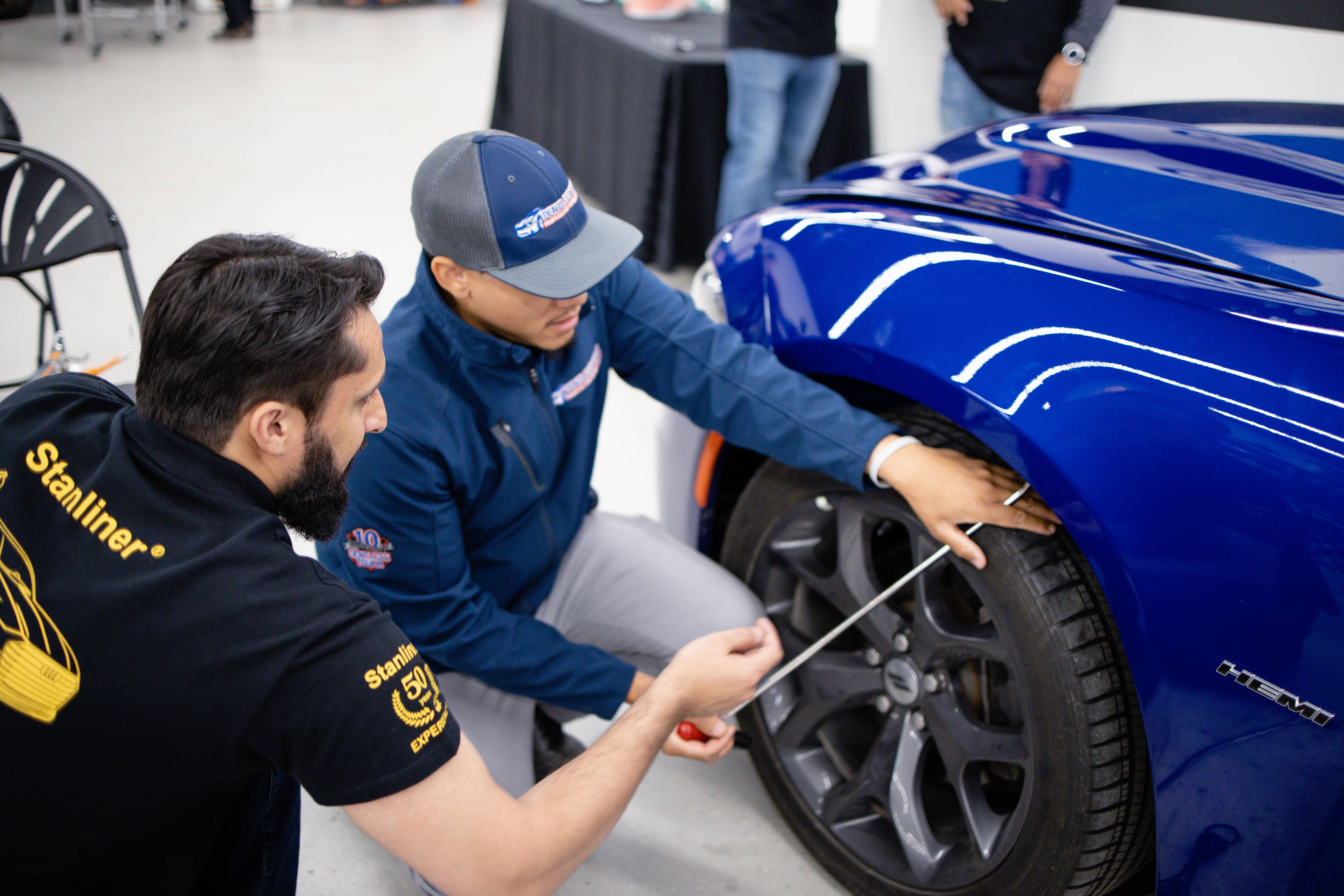 Cars and material have evolved over the years as well as access and skill to complete a repair. Back in 1931 there were no airbags,crash bars, and other safety features that we have to keep in mind when inside the panels of a vehicle. You did not have to completely power down a vehicle like a Tesla or other EV cars today. Panels today have restricted access and paint is a completely different ball game for candidates of pdr. The art of PDR requires adaptability and problem solving. When PDR first started out there were only a couple models of a very few select brands based on the country. Flash forward there are  plenty of technicians who have not worked on multiple types of brands and models because of the heterogeneity of cars available. It is important that the technicians are able to adapt and grow with the times for fear of missing out. 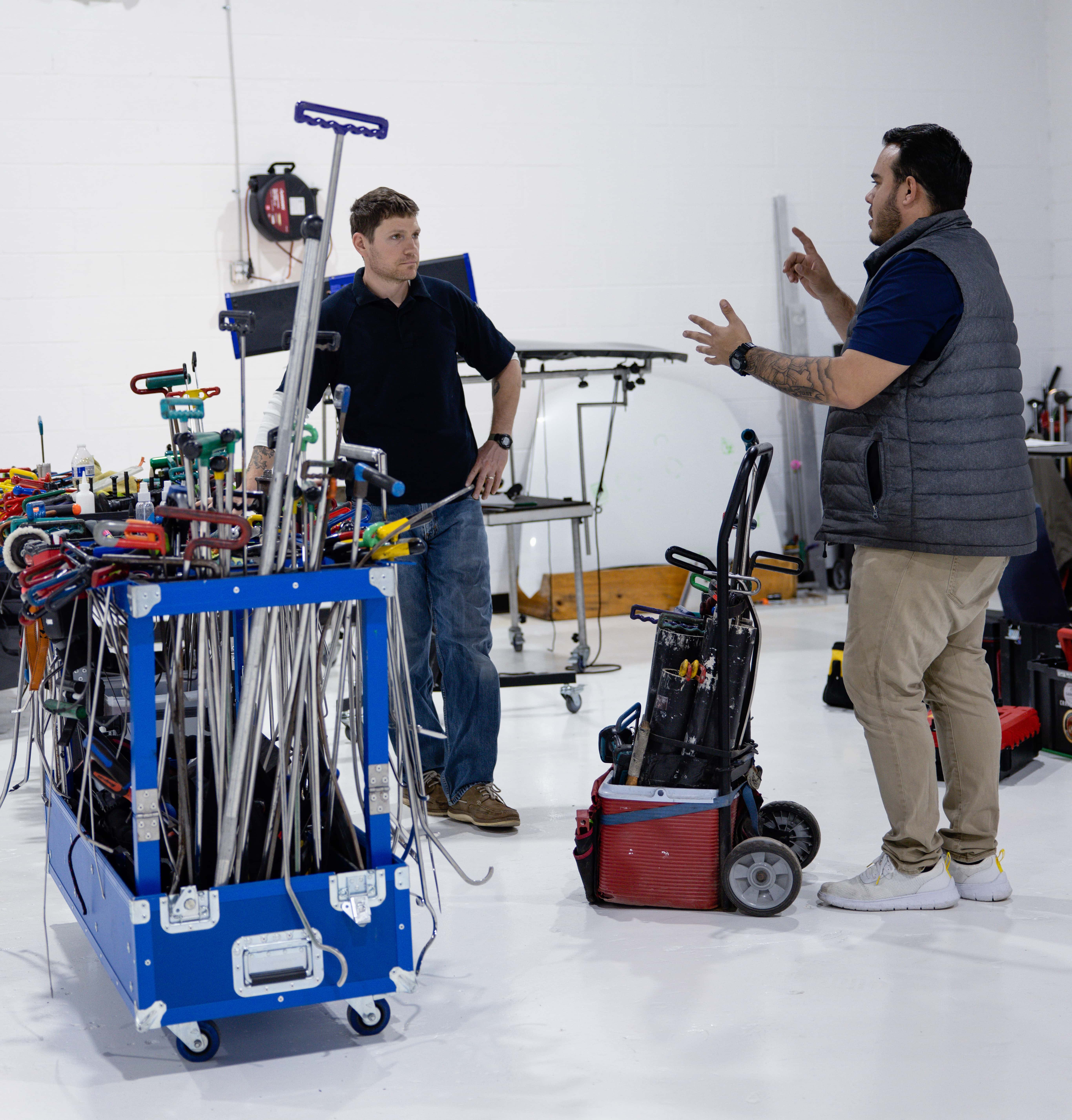 In conclusion PDR has been around for decades and all started with a technician looking to make repairs more efficient and quicker. PDR is a craft that will forever keep maturing and expanding. Until then, Stay dent free!

PDR Workshop - Preparing for Your Next PDR Appointment - Dentlesstouch

We discuss how we feel a technician or business owner should prepare for their next PDR...

We have an exciting event coming up soon! Usually every year we  attend the D.R.E.A.M expo which...